Our monthly Guild meetings are not just a place to catch up on Guild business.  As part of our mandate to involve ourselves in the community, we invite a special guest to speak to our members each month.  Speakers can include local fibre artists or designers, local yarn store owners, or people collecting for specific charities.  The following is a list of speakers from the last few years. If you would like to be a speaker at one of our upcoming meetings, please contact the Guild.

October 2017 Our guest was Anna Hunter of Long Way Homestead in rural Manitoba, and original owner of Baaad Anna’s Yarn Store in Vancouver. We heard about her adventures with farming and with her shetland sheep and other animals. 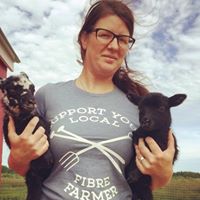 If you’d like to sponsor one of her sheep, you can find out more information on her Facebook page https://www.facebook.com/longwayhomestead/

September 2017 Our guests at this meeting were Paula and Lara from Baaad Anna’s Yarn Shop in Vancouver. They showed us pictures and told us about their adventures this summer on their road trip around BC  with stops in the Okanagan, Kamloops and the Kootenays – ending with the Fibre Feelia Festival in New Denver. Read more at Beautiful British Columbia Baaadass Road Trip 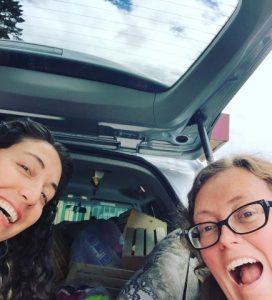 We were also treated to their pop-up shop with some lusious yarns and spinning fibres! 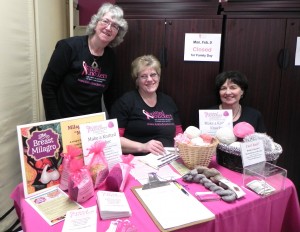 January 2015 No Speaker – only Guild activities 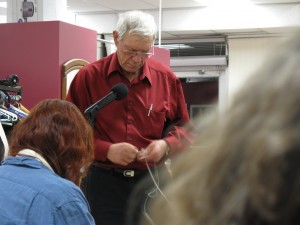 October 2014 Holli Yeoh treated us to a fabulous Trunk Show from her first book of patterns, Tempest.

September 2014 Kelly & Rosemary from Once Upon A Sheep Yarn Shop, came to talk about their unique LYS in a Salvation Army building in Maple Ridge.

May 2014 Eleanor Li, Onana Knits talked on setting up her on-line business.

April 2014 No Speaker – only Guild activities

March 2014 No Speaker –  only Guild activities 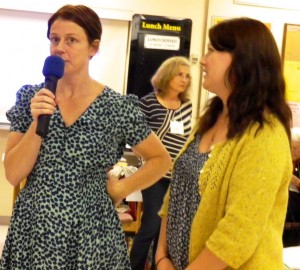 March 2013 Vennie Chou and Leilani King, from To Dye For Designs – see her slide show, “Natural Dyes, Synthetic Dyes for Beauty and for Health”

July 2012 Dr. Catherine Backman, Head of Occupational Science and Occupational Therapy at UBC. The positive effects of knitting on health.

May 2011 No Guest Speaker – only Guild activities 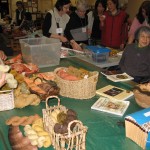 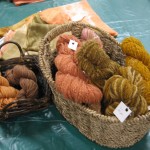 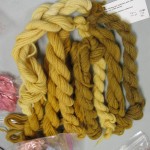 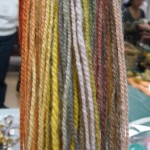 February 2011 Leanne Prain and Mandy Moore, the co-authors of Yarn Bombing: The Art of Crochet and Knit Graffiti, are organizing a Cherry Yarn Bombing to decorate the cherry tree at Joy Kogawa House with pink flowers.